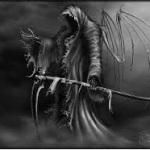 Hi man, I called dibs on Mars. Already created a draft, [[User:Ddraig Lucifer/Sandbox|here]]. Could you please refrain from creating it? It would be much appreciated. Thanks. Ddraig - Talk 20:51 6/11/2015

Hey, I think you're putting too many headings for the arc. It looks like you put new heading for every single chapters, which is not good. Please, rearrange the structure into this:

It's only been 6 chapters since the arc started and the plot are pretty straightforward until now. A new heading will be when they enter the center of the dungeon. Ddraig - Talk 20:31 6/13/2015

Thanks for hammering out those spell pages. Just so you know I compile the Japanese names and things for chapters here. Dragonus Nesha (talk) 19:49, June 4, 2016 (UTC)

Layout Guide says not to include the Fights and Events headers if there aren't any fights or notable events. Dragonus Nesha (talk) 16:03, July 10, 2016 (UTC)

Re: Union or Combination

Hold off until the differences between Composite Magic and Union Magic, if any, are clearer. Author may have changed terms, or the difference isn't readily apparent. Dragonus Nesha (talk) 04:37, July 28, 2016 (UTC)

Retrieved from "https://blackclover.fandom.com/wiki/User_talk:Midnight_knight?oldid=50201"
Community content is available under CC-BY-SA unless otherwise noted.