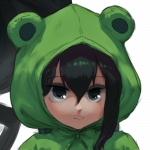 
I hope you'll stay for awhile in this Wikia.
First of all, Thank you for your edit to the Lemiel Silvamillion Clover page. Whether you were feeling nervous or excited on your first edit, we appreciate your effort! There's a lot of things to do here, so I hope that you continue sharing your time with us by contributing to the wiki.

For whatever reason, the author decided to spell his name Lemiel. In the future, please, request permission before attempting to rename articles. Dragonus Nesha (talk) 17:27, August 23, 2019 (UTC)

But it's literally wrong. The author even acknowledges the Official translation is Lumiere in the infobox. Don't think I should require permission to fix a mistake .BBonless (talk) 21:45, August 23, 2019 (UTC)

"Author" as in Tabata Yuki, the creator of Black Clover. As far as I'm aware, he is not an editor on the wiki. The Character Profile for Lemiel comes from Volume 21. If you're willing to accept "Silvamillion Clover" as part of his name, then you also have to accept "Lemiel" since they come from the same source. There's a chance it is a mistake and it'll be corrected in the next volume (e.g., Gauche and Charmy), or it'll be reaffirmed as the correct spelling.

The "Official English" section for inboxes is a listing of the various spellings in the official English media. Sometimes they disagree with each other; other times, with themselves. For example, this character has three different spellings for his name and all are "official." Dragonus Nesha (talk) 22:50, August 23, 2019 (UTC)

The Character Profile definitely had a mistake in it. The Katakana read "ルミエル" or "Rumieru" if Tabata truly wanted to name him Lumiel, he would've written it as "レミエル" or "Remieru". And that's ignoring the significance of Lumiere being named Lumiere. For one, he shares his name (Light) with Licht, one is German and the other French. There's just no way Tabata would ignore the significance in them sharing names to go with a name that's one character different.

On the other hand, Sillvamillion Clover is spelt correctly. The only thing that could be misinterpreted is 'ウァ' Which is 'ua'. Making 'Shiruuamirion', usually Va in english would be Ba in japanese, making 'Shirubamirion'. However both can be interpreted as 'Va', whereas Re and Ru are completely different.

As for Willie, his name (ウィリー), (Uirii), the letters can be translated into a couple different things. Hence the variations. Especially 'i' which can be either 'i' or 'y' in english.

Anyways, it's clear that Lumiere's intended name is, Lumiere. It should be written as it was meant to be.

You assume Tabata intended for Lemiel's and Licht's to share a meaning. There's no reference to it in the manga, and there hasn't been an interview or volume question regarding it. Lemiel may be a reference to his sweet personality or his honey-colored hair. We don't know for certain what Tabata's inspiration was because he hasn't said, except how to spell it. Honestly, I preferred Lumiere as his name, but you, me, and VIZ don't get to make that decision.

I f we ignore that assumption, Lemiel is a valid translation of ルミエル. It's arguable that le is more closely pronounced to ル than レ. Tabata has also used ル for the French le before in the name of a spell. Dragonus Nesha (talk) 00:52, August 24, 2019 (UTC)

I believe that making an assessment that connects the relationship between Licht and Lumiere, as well as the name's phonetics and official translations is much more reasonable than assuming that it's based off his hair colour or personality. 'le' is absolutely not pronounced ル. Yet I do understand his use of 'ru' in spells and such, and for that company, as while 'le' would be better pronounced as 're' (As in they would sound truest to their original language),'ru' does still sound close to 'le'. However, for Lumiere, once again, the significance of his name tells me it's unlikely for Tabata to choose 'ru' to say 'le' instead of using it's actual pronunciation to say 'Lumiere' / 'Lumiel' even.

Retrieved from "https://blackclover.fandom.com/wiki/User_talk:BBonless?oldid=53309"
Community content is available under CC-BY-SA unless otherwise noted.