For the jewels used by the Diamond Kingdom, see Mage stones.

Magic stones 「魔石 Maseki」 are eleven ancient magic jewels that can amplify magic power and can serve as multipliers for magic spells.[1]

The magic stones are jewels that come in different shapes and sizes and have different patterns on them. The stones are capable of amplifying the magic power of the one who wields them,[1] but they require the user to already have a high level of magic to use them safely. Therefore, elves and devils are the only ones who can use them to their fullest.[2][1] The stones are connected to the underworld,[3] and humans who use them risk incurring the curse, Weg, and losing their humanity.[4]

The Eye of the Midnight Sun has been collecting these stones and placing them into the Tree of Life Monument 「生命の樹の石碑 Seimei no Ki no Sekihi」.[7][8][9] Julius Novachrono entrusts the Black Bull squad with recovering the stones.[10]

Once the stone monument is complete, Patolli reincarnates the elves in the bodies of humans[11] and intends to place the final stone in a pedestal within the Shadow Palace.[12] However, Zagred takes the final stone and summons his own body from the underworld.[13]

Under Nero's guidance, Finral Roulacase takes the stones in the sephirot and places them in the statue of Lemiel, who comes back to life.[14] Most of the stones seem to disintegrate alongside Lemiel's body.[15] 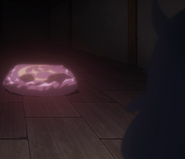 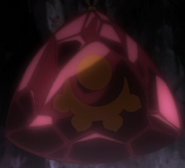 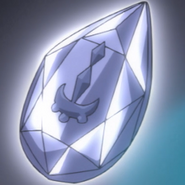 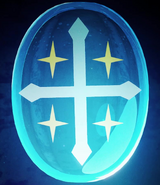