Start a Wiki
watch 01:26
'Black Clover' Profile: Grey
Do you like this video?

Grey is a young woman of average height. She has light blue hair in a bob cut with some strands hanging in the front. She wears a white, sleeveless shirt and a pair of dark blue, high-waisted pants that cinch just below her knees. The pants have five connected flowers on the waist with the middle flower being the largest and the ones on the side getting smaller. There are also three flower-shaped buttons vertically above the middle flower. In addition, she sports a brown belt, connected to a pouch, in which she carries her grimoire, on her left side. She also wears a pair of dark blue slippers with flowers on the strap, similar to those on her pants.

In her first transformation, she appears as an extremely large, heavy-set man with slicked-back black hair, sphere earrings with links that connect to other small sphere that hang, and glowing eyes. The rest of her appearance is not shown because of it being shaded.

Grey in her first transformation 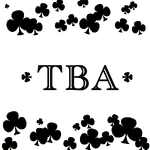 Grey is an extremely shy person in her true form and becomes easily embarrassed. While transformed into someone else, Grey is friendly with others and enjoys working together with her squad mates. In addition to this, Grey typically imitates the attitude and actions of the person she is transformed into, suggesting impressive observational and acting skills.

At the Black Bull's headquarters, Grey is sitting on a couch while Magna and Luck bicker about something.[3][5] When Captain Yami returns Grey and the other members of the squad greet him. After the introduction of Asta, Grey joins her squadmates to watch Magna preform an intiation ceremony on the new member. When Asta is acknowledged and given his robe, Grey and some other members congratulate him.

During the next day's breakfast, Grey joins her squad mates for a meal. When Asta asks what Magic Knights do, Grey transforms into Asta and says that it is interesting work and that she is looking forward to working with Asta.[6]

Months later, Grey joins her squad mates at Raque. During their time on the beach, Grey spends most of her time transforming into other people. When Yami shows up, Grey and the rest are punished by being buried in the sand. Grey then listens when Yami explains about the Seabed Temple and how they are going to get there.[7] A week later on the night of the their departure, Grey joins the rest of her squad in encouraging Noelle to do her best.[8] After Noelle manages to gain control over her mana, the Black Bulls enter Noelle's spell and head to the Seabed Temple. When they reach the temple, they are guided to meet Gifso.

After meeting with Gifso and learning that they will have to play a game to obtain the magic stone, the Black Bulls, except Yami, and the priests are transported to another location. Once divided they listen to Gifso explain the rules, and Grey wonders into whom she should transform. When members of the Eye of the Midnight Sun arrive and join in the game, Grey helps Gauche Adlai by transforming into him during his battle to distract the opponent while Gauche attacks from behind. After the battle Grey is carried to another location by Gauche when they notice a sleeping Charmy Pappitson. Grey and Gauche are suddenly trapped within a spell and confronted by an enemy. When Gauche figures out what to do and tells Grey, she transforms a rock into a large piece of meat so that Charmy will attack the member of the Eye of the Midnight Sun to obtain the meat. After Charmy defeats the member, Gauche notices that Grey has used to much mana and her transformation is undone, revealing that she is a woman.[9] Grey tells them not to look because it is embarrassing for her to be seen by others. Charmy comments about how cute Grey looks and asks how old Grey is, to which she responds that she is 24.

Grey then accompanies both Charmy and Gauche to fight Vetto but they are too late as Vetto was defeated. Later Grey is in the same room and most of the Black Bulls resting. Grey tells them to not look at her since it is so embarrassing. When then temple's citizens show up to cheer for the Black Bulls, Grey expresses her desire to get over her embarrassment. The next day Grey leaves the Seabed Temple with the rest of the Black Bulls. Once back at the Black Bulls headquarters, Grey is with everyone in the common room being patted on the back while hiding her face.

In search of a cure for Asta's cursed broken arms, Grey and Charmy travel to a jungle.[10] However, they return unsuccessful, embarrassed, and covered in magical mushroom parasites.[11]

A few weeks later, Grey tries to socialize with Gauche and Gordon Agrippa. However, they are interrupted when Rades Spirito, Sally, Valtos, and an army of corpses attack the Black Bulls base.[12] When Sally tries to attack Gordon, Grey uses her new spell to transmute Sticky Salamander into Crystal Magic, allowing Gauche to destroy it. Rades then summons No.0 - Michael Caesar and easily defeats the Black Bulls, but Grey refuses to give up after reflecting on what the squad and base mean to her.[13]

Grey is surprised when Henry Legolant appears, and admonishes Gauche when he talks over Henry.[14] Rades attacks the Black Bulls, but Henry protects his squadmates with part of the base and thanks them while introducing himself.[15][16] Grey is terrified when Henry transforms the base into a giant minotaur[17][18] and displays its destructive potential.[19] After Sally enlarges her salamander and uses its increased viscosity to pin down the base, Gauche multiplies Grey and she transmutes the gel into Plant Magic so that Gordon's magic is more effective. Taking advantage of their distraction, Rades attacks again but Henry punches the corpse, defeating it.[20]

The Black Bulls are celebrating their success when Valtos returns having collected the magic stone, and the Eye of the Midnight Sun members then retreat. Grey is relieved that they and the base are safe.[21] After being saved from the Arrows of Judgment, Grey and the other Black Bulls notice light coming from the horizon. Suddenly Gauche begins glowing[22] and turns on his squadmates.[23] After they are defeated, the elf leaves.[24] Later, some other Black Bulls return to the base and find Grey, Gordon, and Henry sitting among the rubble.[25] When Charmy returns and finds her garden destroyed, she feeds her squadmates with Sheep Cook: Master Chef's food, which restores their magic power. Once the base reassembles, the Black Bulls head out to protect the kingdom.[26]

When they reach Hecairo, Grey saves townspeople by transmuting the magic holding them captive.[27] After Asta exorcises the elves, the Black Bulls' celebration is interrupted by Rades, Sally, and Valtos.[28] Once all three are convinced to help save the kingdom, Valtos teleports the base to the capital.[29]

When they see a group of elves attacking from the floating dungeon, the base is warped inside Clover Castle and combats and defeats the elves.[30] In retaliation, Reve pulls part of the base into her Glamour World while Drowa and Patolli combine spells to break apart the rest of the base.[31]

As Grey, Gordon, Henry, Asta, Rades, and Valtos fall, Gordon creates a large cloud of poison which Grey transmutes into cotton, cushioning their fall. Yami orders the Black Bulls to handle the elves as he heads into the Shadow Palace. However, before the Black Bulls can act, Drowa and Eclat immobilize them all.[32] Asta's Demon-Destroyer Sword frees him, Grey, Gordon, and Henry from the enchantment, and Grey transforms a piece of rubble into a mirror, reflecting back Drowa's attack.[33] Following Asta to the top of the dungeon, Grey and Gordon ride atop Henry's mini base and protect an immobilized Asta with a mirrored curtain of transmuted poison.[34]

Drowa creates a mirror ball to scatter light and distract Asta's black form and then tries to catch them all with a large reflection of Eclat's eye, so Henry has them cram into the base and Grey transmutes the outside into mirrors. Before Drowa can destroy the mini base, Henry jettisons the other three and then throws himself at the elves.[35] Grey transforms herself into the Demon-Slayer Sword so that Asta can throw her to catch the falling Henry. She transforms part of the ground into cotton, cushioning their fall.[36]

Grey watches as Asta exorcises the two elves. She leans over Gauche waiting for him to wake up, and he accidentally headbutts her when he is startled by Gordon's face. Gauche thanks everyone for saving him and Marie, and they all pile onto him in a hug. Suddenly Charmy and the other Black Bulls drop down on top of the dungeon in a large pile of cotton, and she begins handing out more of Master Chef's food.[37] The Magic Knights gather together down in the Clover Castle. As the group recovers before following Yami into the Shadow Palace, they are attacked by two elves, but Fuegoleon and Mereoleona Vermillion arrive and defeat the elves.[38] As the gate to the Shadow Palace is shrinking, more possessed Golden Dawns attack, so the Black Bulls and Kirsch Vermillion remain to hold them off while the captains, Asta, Noelle, and Mimosa Vermillion fly to the gate.[39] Shortly after, Yuno and a group of Magic Knights arrive and quickly defeat the elves.[40]

A few days later, the Black Bulls barge into the Magic Parliament Courthouse to rescue Asta and Secre.[41] Damnatio Kira shrinks their spells, but Asta uses the Demon-Destroyer Sword's ability to remove the effect. Nozel and Fuegoleon then interrupt the fight and pass on a mission from Julius: the Black Bulls will be exiled while the squad investigates devils and monitors Asta and Secre.[42]

Grey, Gauche, and Asta accompany Gordon when he visits his family. Grey is terrified by the creepy nature of the house and family. During dinner, Roxanne hands Grey a bizarre creature, which cause Grey to scream internally. Afterward, Nathan shows the Black Bulls his workshop, which further terrifies Grey.[43] Nathan then reveals that he has been studying curses and poisons to create cures and treatments. Nathan creates a map that senses the locations of curses, and Grey and Gauche notice that one is at the Black Bull base, indicating that Henry is cursed. The map then registers a particularly powerful curse in the Heart Kingdom.[44]

Grey, Gauche, and Asta return to the base, while Gordon remains with his family.[45]

Retrieved from "https://blackclover.fandom.com/wiki/Grey?oldid=58826"
Community content is available under CC-BY-SA unless otherwise noted.