While using 50% of his devil's power, Dante sprouts a pair of curved horns from the sides of his head and bat-like wings from his back, and the marking on his face expands to cover his eyes.

Dante seems to be a calm and easy going individual. Even in the face of a surprising turn of events, he does not lose his cool.[2]

He believes that evil is the true nature of humanity and the world is too dull because of it.[3]

Dante finds the Black Bull's base near the border of the Spade Kingdom but Yami is not there. He decides to lift and play with the base while he waits for Yami to return. When Henry Legolant and Gauche Adlai attack him, Dante is insulted and tries to slam the base into the ground. Vanessa Enoteca's Rouge protects the base, which intrigues Dante. Suddenly an Anti Magic slash and Asta fly from the base.[6] Dante dodges the slashes when his magic has no effect on them. He pulls the broken trees up into the air to smash Asta, but Rouge saves the boy.

Intrigued by the spell, Dante flies around Asta and into the base. He finds Vanessa who stands in front of her squadmates to defend them with Rouge. Since Asta is left unprotected, Dante snaps his fingers and causes the boy to slam into the ground. Dante then compliments Vanessa's magic, beauty, and figure and invites her to be his woman. Before Vanessa can respond, Asta reappears in his black form and chases Dante out of the base, and Dante is shocked that there is a devil in the Clover Kingdom. Dante continues to evade Asta's attacks so Gauche multiplies Asta in order to swarm Dante with Mirrors Meteorite.[7] 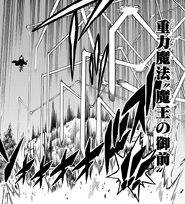 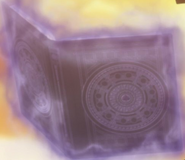 Retrieved from "https://blackclover.fandom.com/wiki/Dante_Zogratis?oldid=62266"
Community content is available under CC-BY-SA unless otherwise noted.